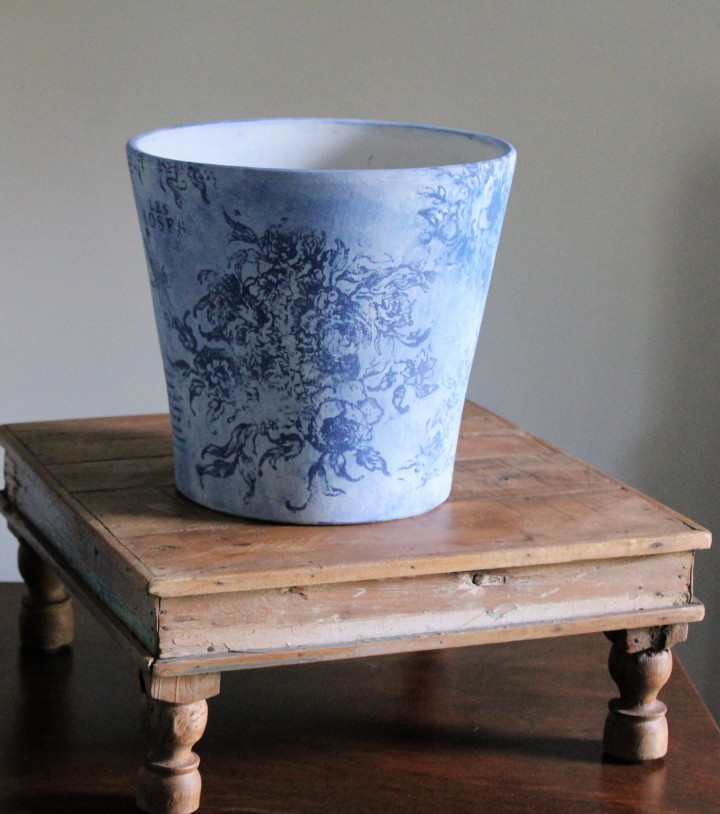 In a previous post, I remarked that my morning routine consists of eating breakfast and watching You Tube Videos. On one of those mornings, I came upon a video from Iron Orchid Designs. The video demonstrated how to use their Rose Toile Stamps on a plain Terra Cotta pot. The pot came out beautifully, so I decided to try it for myself. Alas, when I went to purchase the Rose Toile Stamps, they were sold out and wouldn’t be in for months. Obviously, I was not the only one who saw the video!

Months later, after being restocked, I purchased them from The Purple Painted Lady. I was thrilled and could not wait to use them

In the video, Josie, from Iron Orchid Designs was using a photo of this pattern called Flow Blue. She wanted to recreate the beautiful blurred almost ethereal look of it.

I started out with two plain Terra Cotta pots

I used a two to one mixture of Annie Sloan Old White Chalk Paint and water. You want it to be opaque when it goes on and keep layering until you get the look you want.

To keep the pot from moving while using the stamp, I braced it in a plastic container.

I used Annie Sloan Napoleonic Blue Chalk Paint. It is very similar to the blue color used on the Flow Blue Patterned plate.

I used a sponge paint roller to prep the Chalk Paint for application. By the way, the block I am pouring the paint onto is the sample piece of granite from my Mother-in-law’s bathroom vanity.

Simply roll the paint on the stamp.

Line it up where you want it.

Lay it down gently in place.

Hold it with one hand and press lightly with the other.

Not bad for a first try!

Immediately after I laid the stamp, I took a damp cloth and started patting back and forth using a slight twisting motion. This is how I got the blurred background.

I kept repeating the process until I could no longer see the image. This part is important. If you leave any of the image, it creates a double vision pattern which you do not want.

Once this was done, I was ready to stamp the area again.

This is when I started to get excited!

After the initial stamp was complete and knew I could do it, I went around the pot stamping and creating a pattern. I continued to use the blurring method, but tried various other ways to use the stamps. It was fun!

When the pots were dry, I gave each of them a light sanding and wiped off the dust with a moist cloth.

I was very happy with the results!

I purposely, did not paint the inside lower halves of the pots so they could be used as a planter.

I plan on making more of these pots to put in my booth at the Purple Painted Lady Festival! 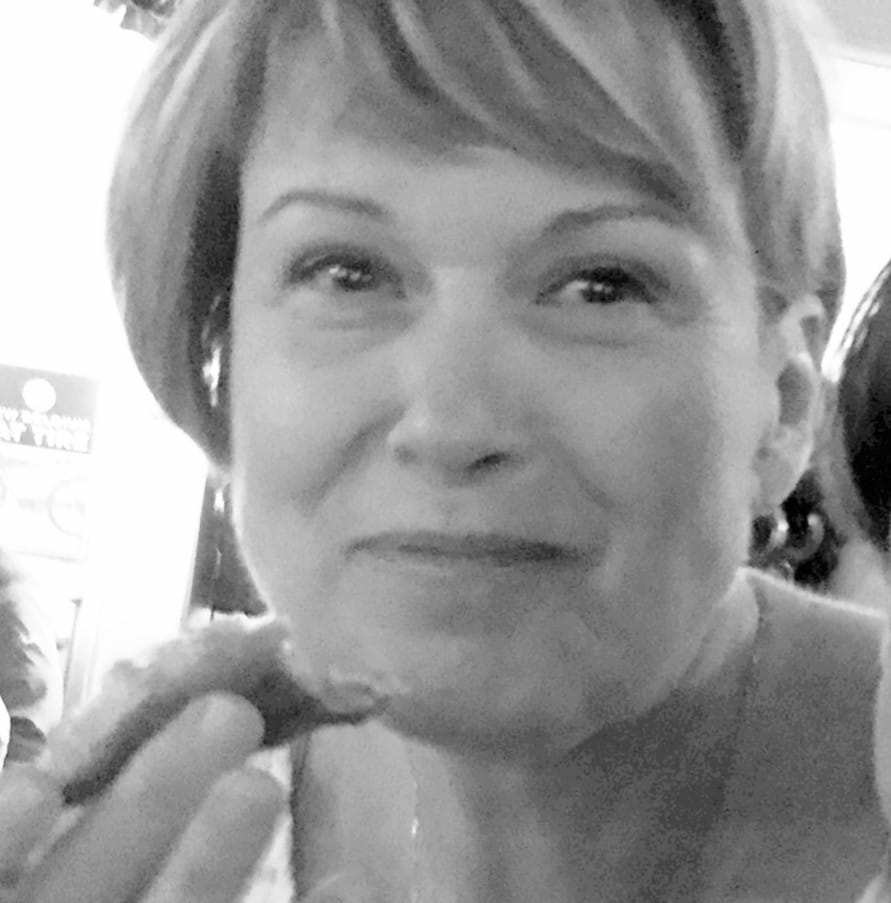