Sometimes I am minding my own business, and BOOM, an idea pops into my head. Once the idea is in my head, it just will not go away. I was at my mother-in-laws house a little while ago and was trying to find something for her in a storage room. While looking I came across something called a window mullion. BOOM! An idea hit me! As soon as I saw the mullion I knew I wanted to use it to make a piece of artwork. I asked her if she wanted it and she said no.

This is a mullion. It goes in a window as a decorative divider. I plan on putting an image in each pane and making a frame to go around it.

I knew I wanted the images to be black and white. When I started researching I fell in love with  an Italian artist named Piero Fornasetti. The images were on plates, but at $40 each that did not fit in my budget. I knew there must be an inexpensive alternative and found it on Etsy. They were selling digital prints of the Fornasetti images for just $10. The download included two files with 20 prints. I would have more than enough prints for the project and could pick and choose the ones I wanted. 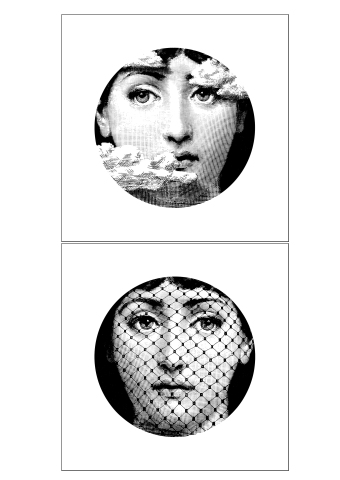 These are examples of the images. I think they are so cool!  I printed them out on photographic paper and then needed to find something to mount them on to give them more dimension.

Hello cake boards! I found these at Hobby Lobby they were the perfect size. 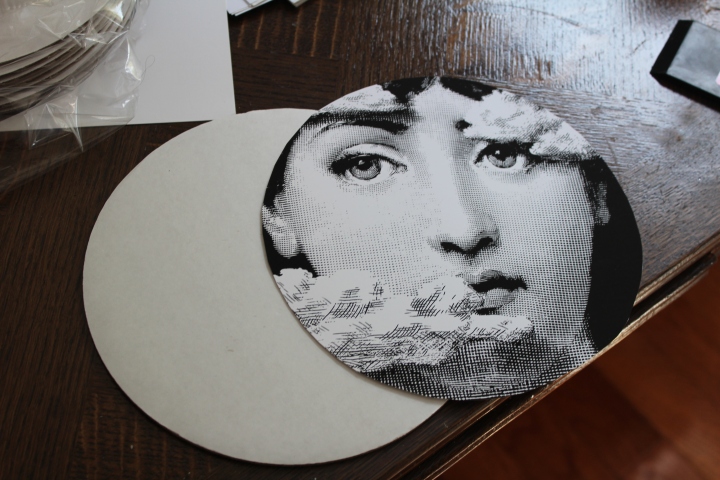 I decoupaged the images to the cake boards. 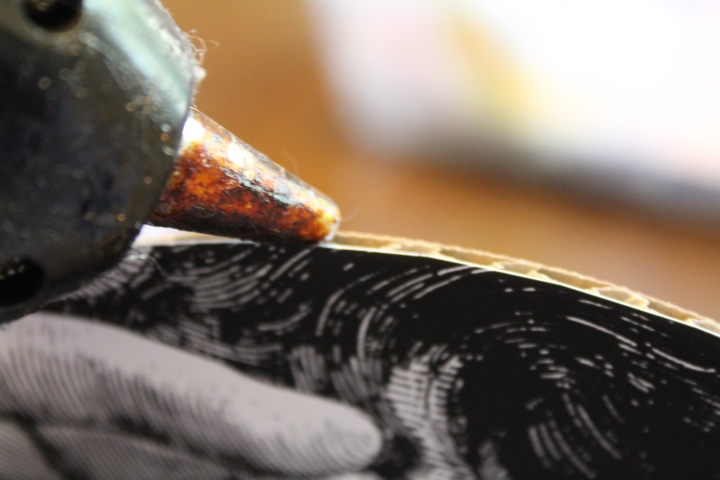 You could see the edge of the cake board, so I hot glued black cord all around them. 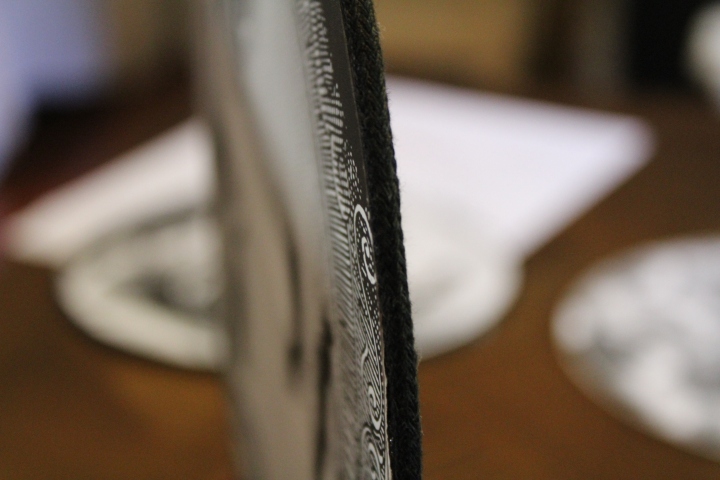 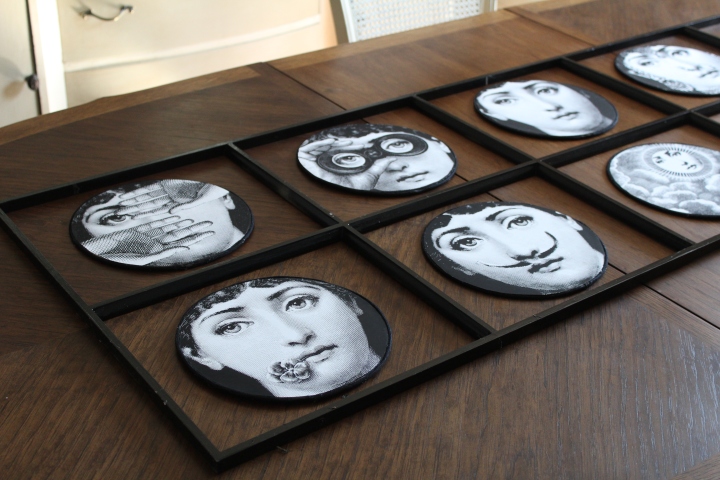 With the faces done I had to figure out a background.

I knew I was going to use black but could not decide on the second color.  My friend Laura suggested gold and I loved it. I marked out the pattern and decoupaged each of the black and gold squares to the grid.

I attached all the faces using Velcro tabs and began working on the frame.

My husband cut the wood for me (still not savvy with the chop saw). I used wood glue on each corner using this neat clamp that holds it in place. Once it dried, I used finishing nails to strengthen it up.

I attached the mullion to the frame with screws and then painted it black.

I decided to add glass to give it a more finished look. It only cost $60 at The Glass Shack here in Fairport, NY.

I managed to create a substantial piece of art work for under a $100. I am going to put it in the hallway upstairs. I promised my husband I would not hang it on the wall outside our bedroom. He said seeing the faces on the wall at night might freak him out! Once I get it hung up I will add it to the post.